The number of start-ups in London was more than 10 times that recorded in second-placed Birmingham as the capital continued to dominate entrepreneurial activity.

“It is encouraging to see formation numbers recover and hit a new high,” said Matt Smith, director of the Centre for Entrepreneurs (CFE), the think tank which compiled the figures using data from Companies House.

“These figures demonstrate the resilience and confidence of entrepreneurs across the country, confirmed by…the strengthening of London as Europe’s leading startup hub,” he added.

Leading IT Services company Enablis Pty funded by Lasiro, will be exhibiting at this year’s Cisco’s annual customer and partner conference where you will build the foundation for your digital future – see www.enablis.com.au

Fashion Event of The Year

Lasiro are proud to once again be supporting the Front Row 2019 fashion event, in support of The Backup Trust which will place on Thursday 21st March at the Hurlingham Club. Contact jane.rogan@lasiro.com or https://www.backuptrust.org.uk  for more details. 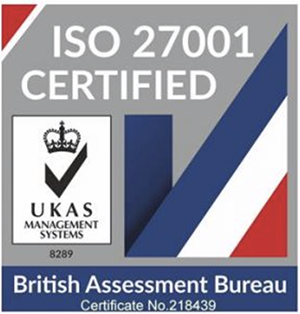 Backed by Lasiro – Mobile & Cloud IT Managed Services & firm Mobliciti has achieved certification to the internationally recognised ISO 27001 standard, establishing it as one of the leaders in its field.

ISO 27001 is the internationally recognised Information Security Management Standard that proves an organisation’s commitment to the security of their customer, employee and shareholder’s information. With ISO 27001 in place, Mobliciti are able to minimise risks to potential data security breaches and reduce errors and costs, while demonstrating credibility and trust.

Shane Taylor, Co-Founder & CEO, Mobliciti said: “We are delighted to have received this certification as it displays our continuing commitment to data and information security.”

If you have an idea for a new business Lasiro can help you with your strategy, business planning and investment requirements.

If you have an established business and would like to accelerate growth and profitability, Lasiro can help with strategy, finance and management of your plans.

If you are thinking about selling your business in the next few years, Lasiro can assist with your exit strategy, ensuring you receive the maximum value.

Some of our Customers